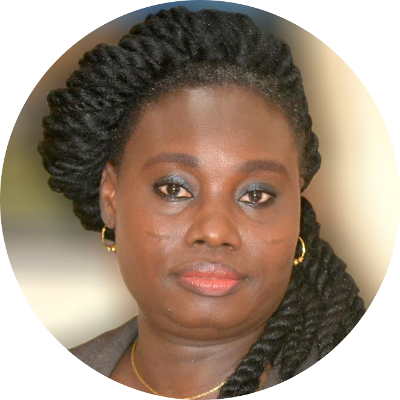 Olanike Adeyemo is a Professor of Aquatic Epidemiology and Toxicology, and Deputy Vice-Chancellor (Research, Innovation & Strategic Partnerships) at the University of Ibadan, in Nigeria.

Her research is focused on Aquatic and Wildlife Epidemiology and Toxicology, Food Safety and Global Public Health. Her research which has been widely cited, established the contamination of Nigeria’s aquatic system by lead and produced reference database for pollution using GIS technology, Spatial Analysis and GIS modelling. She has also linked ecotoxicology to epidemiology of diseases in fish and wildlife; public health risk associated with food safety and contact with infectious diseases.

In 2011, she was appointed an epidemiological and toxicological expert on the Joint FAO/WHO Expert Committee (JECFA) and the appointment was renewed in 2016, a consultant to Milieudefensie, the Netherlands on oil pollution investigation in two communities in the Niger Delta.

More recently, she developed molecular biomarkers of oil spill and dispersants pollution in fish and was invited to present her research at the 2015 Gulf of Mexico Research Initiative Oil Spill and Ecosystem Science Conference, Houston. Furthermore, the policy brief she submitted towards the 2015 United Nations Global Sustainable Development Report was listed as one of the top ten most commented on article out of the 187 submissions accepted.