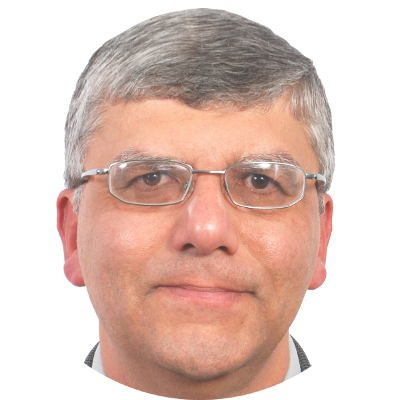 Amr A. Adly has been appointed as the Vice Minister of Higher Education and Scientific Research for Universities Affairs in Egypt since June 2018.

Before, he had been Vice President for Graduate Studies and Research of Cairo University, Egypt, since January 2016. He received the B.S. and M.S. degrees in Electric Power Engineering from Cairo University, in 1984 and 1987, respectively, and the Ph.D. degree in Electrical Engineering from the University of Maryland, College Park, USA, in 1992. He also worked as a Senior Magnetics Scientist at LDJ Electronics, Michigan, USA, during 1993–1994.

Since 1994, he has been a faculty member at the Faculty of Engineering, Cairo University. He also worked in the USA as a Visiting Research Professor at University of Maryland during the summers of 1996–2000. He worked as a consultant to the UNESCO Cairo office and as an expert to the EU Commission to develop an 11 Millions Euro Research Development and Innovation Program for the Egyptian Government. He also established and directed the R&D Division of the Egyptian Industrial Modernization Center in the period 2006-2007.

Amr Adly has published about 130 reviewed papers and holds one U.S. patent, reviewed more than 300 papers, chaired many sessions in international IEEE Conferences, supervised more than 15 M.S. and Ph.D. students, engaged as a consultant to several Egyptian industrial entities and served as the Principal Investigator of several joint international research projects.

He has been awarded the 1994 Egyptian State Encouragement Prize, the 2002 Shoman Foundation Arab Scientist Prize, the 2006 Egyptian State Excellence Prize, the 2016 University of Maryland ECE Dept. Distinguished Alumni Award and the 2016 Egyptian State Merit Prize in Engineering Sciences. He previously served IEEE Magnetic Society Technical Committee, has been promoted to the IEEE Fellow status in 2011 and is currently serving on the Editorial Board of Elsevier JAR and the IEEE Transactions on Magnetics. In the period 2010-2014 Amr Adly served as the Cairo University’s Faculty of Engineering Vice Dean and served in the period 2014-2015 as the Executive Director of Egypt’s Science and Technology Development Fund.