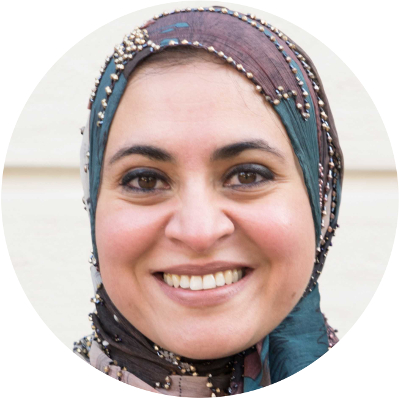 Ghada Bassioni is currently the Head of the Chemistry Division at the Faculty of Engineering, Ain Shams University in Cairo (Egypt). She is appointed as the Egypt-Germany coordinator, Science and Technology Development Fund, Egyptian Ministry of Higher Education and Scientific Research. She is a Doctor rerum naturalium of the Technische Universität München, in Munich (Germany).

She is a member of the Egyptian National Committee for Pure and Applied Chemistry, Egyptian Academy of Scientific Research and Technology and has been a member of the Global Young Academy since 2013. She has been recognized with several national, regional and international awards and was selected as an academic visitor and panelist at the Nobel Laureates meetings in Lindau (Germany) in 2012 and 2014, respectively. In 2013, Ghada Bassioni received the Young Scientist Award at the World Economic Forum in Dalian, China. In 2016, she has been awarded the Fulbright fellowship as well as the L.A.B. fellowship of three organizations: Nobel Laureate Meetings in Lindau, the European Forum in Alpbach and the Falling Walls in Berlin.

She has organized a significant number of scientific and gender-related conferences and workshops as women’s representative from 2005-2007 at the Technical University Munich, as Chair of the Women’s Initiative at the American Institute of Chemical Engineers, Abu Dhabi Section 2009-2011, and as a member and lead of the Women in Science working group of the Global Young Academy. She has received the LEWA Leadership Excellence for Women award runner-up in 2013 and was an invited speaker within Springboard Women’s Development Project, organized by the British Council in 2013.