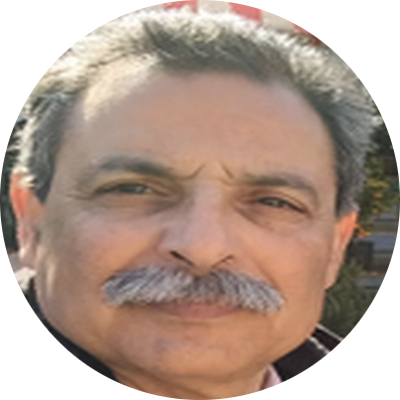 In 1985 he founded with three other researchers the first research laboratory in Astrophysics in Morocco, at the national center for scientific and technical research at Rabat. He joined Marrakech University in 1992 and founded with 5 other researchers the laboratory of high-energy physics and astrophysics in 1999. He worked to create the first professional astronomical observatory in Morocco, on Oukaimeden site, which has been inuagurated in 2007. He has been teh director since then.

He created, with a group of passionate people, the Association of Amateur Astronomy of Marrakech (3AM), a cultural association aiming to promote astronomy and space science to the public.

His research works allowed Morocco to be selected for the E-ELT project campaign. He conducted this project as part of the European FP6 program with the support of Hassan II academy for Science and Technics.

He is president of the national comity for astronomy in Morocco (CNAM). Has just been elected president of the ArAS (Arab Astronomical Society), a professional association newly created (December 2016) and working towards the promotion of scientific research in Astrophysics in Arab countries. He is leading an ambitious project to create a 2 meters diameter telescope in Morocco.

Moreover, he is author of more than a hundred articles and scientific communications. In recognition of his implication in the domain of Astronomy, the International Astronomic Union gave his name to the asteroid 133892 Benkhaldoun (2004 RN8). He is part of the research team that just discovered the most important exoplanet system as of today (http://www.trappist.one/). This discovery was published in the Nature magazine.

Prizes and distinctions:
- in 2008, the prize for best French-Moroccan program called “Action Integrée Inter-universitaire” for the 25 years of existence of this program.
- in 2009, the prize of the second best research structure in Cadi Ayyad university for the laboratory of Astrophysics and High energy physics he has been directing from 1999 to 2010.
- Figures in 2010 Edition of the magazine « Maroc Business Intelligence »