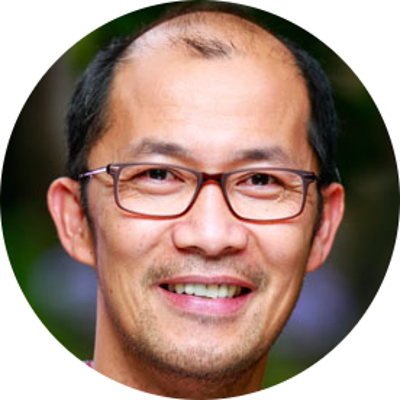 Oliver Oliveros is the Deputy Director for International partnerships and development at Agropolis Fondation (Montpellier, France).

His work involves promoting institutional partnerships and facilitating the emergence of research collaborations in the area of agriculture, agrobiodiversity and food and its interface with the society.

Prior to this, he was the Global Coordinator of an international initiative called DURAS (2004-2008) which aimed to promote dialogue between the scientific and civil society communities and transform such efforts into concrete research collaboration. He was formerly a Programme Officer at the Secretariat of the Global Forum on Agricultural Research (GFAR) in FAO in Rome, where he worked on partnership issues and in promoting local innovation and civil society involvement in the research process.

Before coming to Europe in 1999, Oliver worked for five years at the Ministry of Socio-economic Planning in Manila (Philippines) where he was extensively involved in policy analysis, project evaluation and investment programming in the agriculture, rural development and natural resources sector as well as in the formulation and localization of the country’s Agenda 21 and Medium-Term Development Plan.

He was among the founders and former Vice Chair of YPARD (a young professional platform on agricultural research and development) and co-initiator of the NGO-led Prolinnova (Promotion of local innovation in agroecology and natural resources management).

He serves in the Steering Committee of initiatives such as AWARD (African Women on Agricultural Research for Development) and the Global Alliance for the Future of Food.